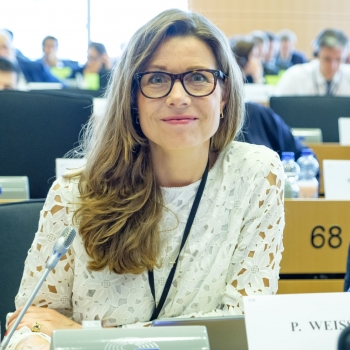 DANISH POLITICIAN AND MEMBER OF THE EUROPEAN PARLIAMENT

Involved in politics since 1994, Mrs. Weiss is a Danish politician belonging to Det Konservative Folkeparti. She has been recently elected to the European Parliament and has been successfully nominated to the ITRE Committee.

During her campaign, Pernille Weiss mostly focused on Energy and Climates and on economic growth. She actively advocates the necessity to bring closer together businesses and sustainable development to foster innovation and energy security.

Since 2008, Mrs. Weiss hold a Master?s degree in Management and Innovation.

Pernille Weiss has been married twice and has three adult children. She lives in Christianshavn, in Danmark.